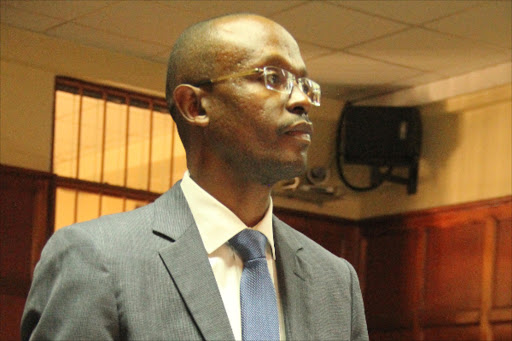 City businessman Humphrey Kariuki has faulted the state for charging him with  evading taxes amounting to Sh17 billion yet he has compliance certificates.

Through lawyer Cecil Miller he told Justice Luka Kimaru he has not violated any tax law and made reference to his tax compliance certificates which are part of his court file.

Kariuki was charged last month, with the prosecution presenting three files. In the first file, he and his co-accused are charged with nine counts relating to tax evasion amounting to Sh17 billion.

He has denied charges of evading taxes amounting to Sh41 billion between 2014 and 2019.

Miller told the court that during the period African Sprits Limited (ASL) is being accused of failing to pay taxes, they were issued with a tax compliance certificate. The same applied to Wow Beverages Limited.

“No notice was issued to ASL to appear before the Commissioner of Taxes as required by the Tax Procedure Act of 2015 and the DPP can’t demonstrate that this was done,” he said.

Miller said KRA never subjected the companies to dispute resolution or tax tribunal before filing the matters in court.

“Under the Tax Procedures Act, suing is the last option. KRA should have explored alternative dispute resolution mechanisms but instead the DPP chose to proceed to court,” he said.

Miller further disputed orders obtained by the DPP from a Kiambu court that froze accounts of the companies associated with Kariuki.

He said there was mischief on the part of the DPP as they obtained the orders and served them on Kenya Commercial Bank and not the affected companies.

The orders granted by the Kiambu court were to investigate the accounts and not to freeze them, he said.

Two weeks ago, Kiambu senior principal magistrate Stella Atambo lifted the orders on grounds that it was irregular. She said the order only allowed the DCI to investigate the accounts but not to freeze them.

“The DPP went ahead to serve the freeze order on banks literally crippling the firms' operations bringing lives of employees to a standstill,” Miller said.

This article was published by the STAR on September 25, 2019