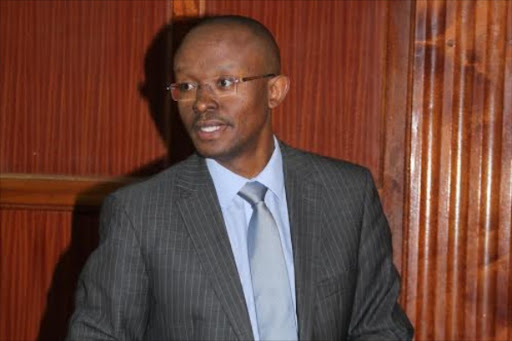 Lawyer Cecil Miller has denied receiving any money from the National Land Commission as compensation for land in Kajiado for the Standard Gauge Railway.

The firm of Miller and Company Advocates, in a letter to the Daily Nation that had published the story, says the claim that he was paid Sh252 million is malicious and was made without inquiring into the truth or counterchecking with him.

“Our client has never received the said of sum of Sh252.12 million from the National Land Commission as compensation for the said parcel of land in Kajiado,” the letter dated January 23, 2020, and signed by Senior Associate Rubeena Dar states.

It had been reported that the 0.12 hectare parcel, LR 18549 was among the 120 sampled properties compulsorily acquired by NLC on behalf of the government for the SGR phase 2A corridor, which the EACC has been investigating.

The reports also added that Miller acts for Nairobi Governor Mike Sonko, whose administration was central in approving the land for payment.

In the letter, Miller said the reports were malicious adding that the land in question is in Kajiado county where the county government of Nairobi had no role.

“The County Government of Nairobi has no role in respect of approval of land for payment in compulsory acquisition by the government and more so for this piece of land that is located in Kajiado county,” the letter states.

The law firm says the allegations have inflicted great prejudice to Miller and caused extreme damage to his reputation as an Advocate of the High Court of Kenya.

He is seeking an immediate retraction of the inaccurate report.

“We are instructed to demand an immediate publication of an apology and a retraction of your said defamatory statements upon which the issue of quantum of damages due to our client can be gone into,” the letter states.

Miller is seeking to have the retraction given similar prominence as the original report, otherwise, legal proceedings will be instituted.

This article was published by the STAR newspaper on January 23, 2020